The term ‘exhibition’ refers to the result of the action of displaying something, as well as the whole of that which is displayed, and the place where it is displayed. “Let us consider a definition of the exhibition borrowed from outside and not drafted by ourselves. This term – along with its abbreviated term ‘exhibit’ – means the act of displaying things to the public, the objects displayed (the exhibits), and the area where this dis- play takes place” (Davallon, 1986). Borrowed from the Latin expositio, the French term exposition (in old French exposicïun, at the beginning of the 12th century) first had at the same time the figurative meaning of an explanation, an exposé, the literal meaning of an exposition (of an abandoned child, still used in Spanish in the term expósito), and the general meaning of display. From there (in the 16th century) the French word exposition had the meaning of presenting (merchandise), then (in the 17th century) it could mean abandonment, initial presentation (to explain a work) or situation (of a building). In 18th century France the word exhibition, as a display of art works, had the same meaning in French as in English, but the French use of the word exhibition to refer to the presentation of art later gave way to exposition. On the other hand, the word exposition in English means (1) the setting forth of a meaning or intent, or (2) a trade show, thus pre- serving the earlier meanings of the French. Today both the French exposition and the English exhibition have the same meaning, which applies to the setting out of exhibits of all kinds in a space for public viewing; also the exhibits themselves, and the space in which the show takes place. From this viewpoint, each of these meanings defines somewhat different elements. 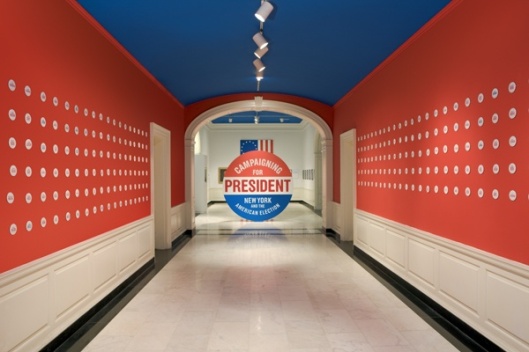 1. The exhibition, understood as the container or the place where the contents are on display (just as the museum appears both as a function and as a building) is characterised not by the architecture of this space but by the place itself. Even though the exhibition appears to be one of the characteristics of museums, exhi- bition thus has a far broader reach because it can also be set up by a profit-making organisation (market, store, art gallery). It can be organised in an enclosed space, but also in the open air (in a park or a street) or in situ, that is to say without moving the objects from their original sites natural, historical or archaeological sites. Seen from this perspective exhibition areas are defined not only by the container and the contents but also by the users – visitors and museum professionals – that is to say the peo- ple who enter this specific area and share in the general experience of the other visitors at the exhibition. The place of the exhibition is thus a specific place of social interaction, the effects of which can be assessed. Evidence of this is provided by the development of visitor studies, and the growth of a specific field of research connected with the communication aspect of the place and with all the interactions specific to this place, or to all the images and ideas that this place might evoke. 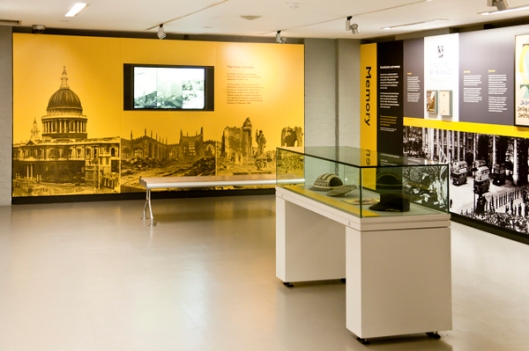 2. As a result of the act of displaying, exhibitions are seen today as one of the main functions of the museum which, according to the latest definition by ICOM, “acquires, conserves, researches, communicates and exhibits the tangible and intan- gible heritage of humanity…” According to the PRC model (Reinwardt Academie), exhibition is part of the museum’s more general function of communication, which also includes policies for education and publication. From this point of view exhibitions are a fundamental feature of museums, in so far as these prove themselves to be excellent places for sensory perception, by presenting objects to view (that is, visualisation), monstration (the act of demonstrating proof), ostention (initially the holding up of sacred objects for adoration). The visitor is in the presence of concrete elements which can be displayed for their own importance (pictures, relics), or to evoke concepts or mental constructs (transubstantiation, exoticism). If museums can be defined as places of musealisation and visualisation, exhibitions then appear as the “explanatory visualisation of absent facts through objects, and methods used to display these, used as signs” (Schärer, 2003). Show- cases and picture rails are artifices which serve to separate the real world and the imaginary world of museums. They serve no other role than to mark objectivity, to guarantee distance (creating a distancing, as Bertolt Brecht said of the theatre) and let us know that we are in another world, a world of the artificial, of the imaginary. 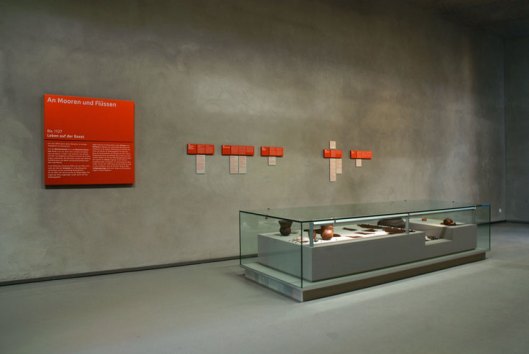 3. Exhibitions, when they are understood as the entirety of the objects displayed, include musealia, museum objects or “real things”, along with substitutes (casts, copies, photos, etc.), display material (display tools, such as show cases, partitions or screens), and information tools (such as texts, films or other multi- media), and utilitarian signage. From this perspective the exhibition works as a specific communication system (McLuhan and Parker, 1969; Cameron, 1968) based on “real things” and accompanied by other artefacts which allow the visitor to better identify their significance. In this context, each of the elements present in the exhibition (museum objects, substitutes, texts, etc.) can be defined as an exhibit. In such a situation it is not a question of rebuilding reality, which cannot be relocated in the museum (a “real thing” in a museum is already a substitute for reality and an exhi- bition can only offer images which are analogous with that reality). The exhibition communicates reality through this mechanism. Exhibits in an exhibition work as signs (semiotics), and the exhibition is presented as a communication process which is most often unilateral, incomplete and interpretable in ways that are often very different. The term exhibition as used here differs from that of presentation, in so far as the first term corresponds, if not to a discourse, physical and didactic, then at least to a large complex of items that have been put on view, whereas the second evokes the showing of goods in a market or department store, which could be passive, even if in both cases a specialist (display designer, exhibition designer) is needed to reach the desired level of quality. These two levels – presentation and exhibition – explain the difference between exhibition design and exhibit display. In the first case the designer starts with the space and uses the exhibits to furnish the space, while in the second he starts with the exhibits and strives to find the best way to express them, the best language to make the exhibits speak. These differences of expression have varied during different periods, according to tastes and styles, and according to the relative importance of the people installing the space (decorators, exhibition designers, display designers, stage designers), but the modes of exhibition also vary according to the disciplines and the objective of the show. The answers to the questions regarding “to show” and “to communicate” cover a vast field allowing us to sketch the his- tory and typology of exhibitions. We can imagine the media that were used (objects, texts, moving images, environments, digital information technology, mono-media and multimedia exhibitions); according to whether or not the exhibition was of a profit-making nature (research exhibition, blockbuster, stage show exhibition, commercial exhibition), and according to the general concept of the museographer (exhibit design for the object, for the point of view or approach, etc.). And we note that the seeing visitor has become more and more involved in this great range of possibilities. 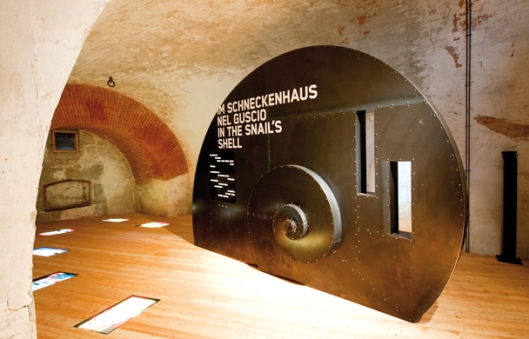 4. The French words exposition and exhibition differ, in so far as exhibition now has a pejorative meaning. Towards 1760 the word exhibition could be used in French and in English to indicate an exhibition of paintings, but the meaning of the word has been degraded in French to indicate activities that are clearly for show (sport exhibitions), or indecent in the eyes of the society where the exhibition takes place. This is the case for the derivatives exhibitionist and exhibitionism in English, which refer even more specifically to indecent acts. Criticism of exhibitions is often the most virulent when it takes the approach that the exhibition is not what it should be – and by association, what a museum should do – but has become a hawker show, far too commercial, or offensive to the public. 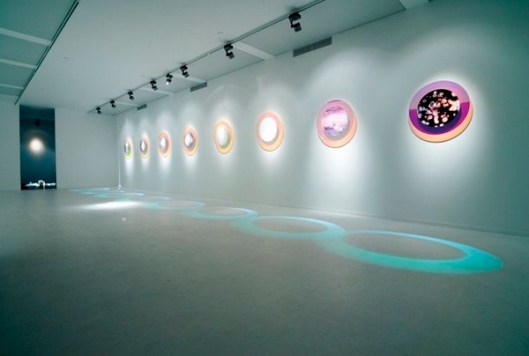 5. The development of new tech- nologies and computer-aided design have popularised the creation of museums on the internet with exhibitions that can only be visited on screen or via digital media. Rather than using the term virtual exhibition (the exact meaning of which would be a possible exhibition, that is to say a potential reply to the question of “showing”), we prefer the terms digital or cyber exhibition to refer to these particular exhibitions seen on the internet. They open up possibilities (collecting objects, new ways of display, analysis, etc) that traditional exhibitions of material objects do not always have. While for the time being they are hardly competition for exhibitions of real objects in traditional museums, it is not impossible that their development will affect the methods currently used by museums.

Resources: André Desvallées and François Mairesse
And the assistance of the ICOM International Committee for Museology